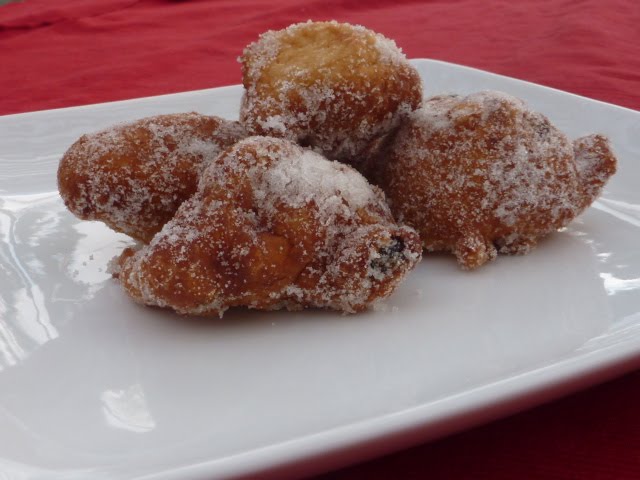 After the dough has rested enough time, heat the oil for frying in a pan or a deep fryer, the oil should be about 375 degrees. Add the dough to the oil in heaping spoonfulls, they should be somewhat of a sphere shape. Frittelle need about 2 minutes to cook, with a turning over midway through. They should take on a nice light brown color. When they appear done, remove the frittelle from the fryer, and immediately roll them in the final 1/4 of sugar, so that they get a nice coating. If you have vanilla sugar, that is a nice touch, but normal white sugar works just fine. Serve frittelle immediately. They are best when warm, but can be eaten room temperature as well. ENJOY!
at March 15, 2010