Veal has been an important ingredient in Italian and French cuisine since ancient times. The veal is often in the form of cutlets, such as the Italian cotoletta or scaloppine or the famous Austrian dish Wiener Schnitzel. Veal is often very tender and easy to cook, but at times can be a little chewy, especially when it curls and releases water during cooking. One of my favorite veal recipes is the "Spezzatino di Vitello" . You have to love your pressure cooker with this and other particular recipes, because it literally takes half the time to tenderize and cook the meat, whether it is veal or beef. The crock pot is also very convenient, especially if there's not a "stay at home chef". One of my favorite aspects of American cuisine is definitively the barbecue and grilling culture. I'm very lucky to live in California, where the weather allows me to be in my backyard basically 10 months a year. For my personal experience, I also think that meat quality is a little better than what I had in Italy growing up, although I'm sure that a nice "Fiorentina" almost has no rival worldwide...This recipe is very simple, because after I have grilled the veal chops, all I have to do is add the mushroom sauce on top, with the potatoes on the side, and pair them with a nice wine. 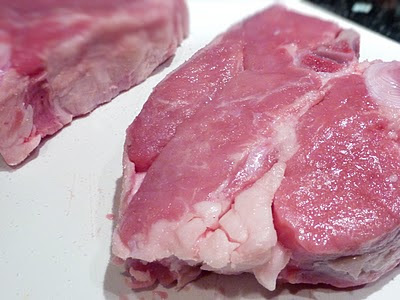 Fire up the grill and cook the two chops to your liking, I like mine medium rare , about 7 minutes each side. keep in mind that they will cook a little more once you put them in the pan to saute with your mushroom sauce. In a pan, let the garlic get golden brown in the oil and then toss the mushroom mix. Let me mushrooms become soft and brown and then pour in the red wine, lowering your fire a little bit. You are trying to create a nice sauce, not too thick, not too liquid, so the wine has to mix with the mushrooms sauce and reduce. Meanwhile, don't forget  to keep an eye on your meat ! As a contorno ( side dish) precook the potatoes in boiled water, peel them thoroughly, cut them in small medallion and brown them on separate pan with olive oil, until both sides of the little medallion get that crispy golden color, make sure you salt them on both sides. 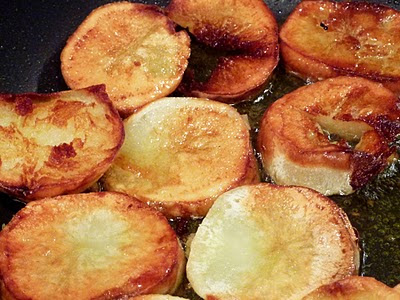 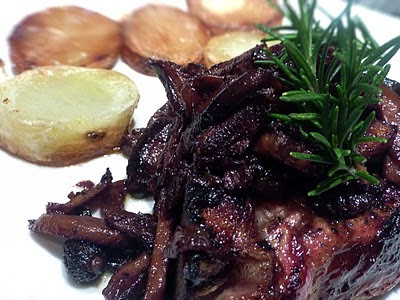 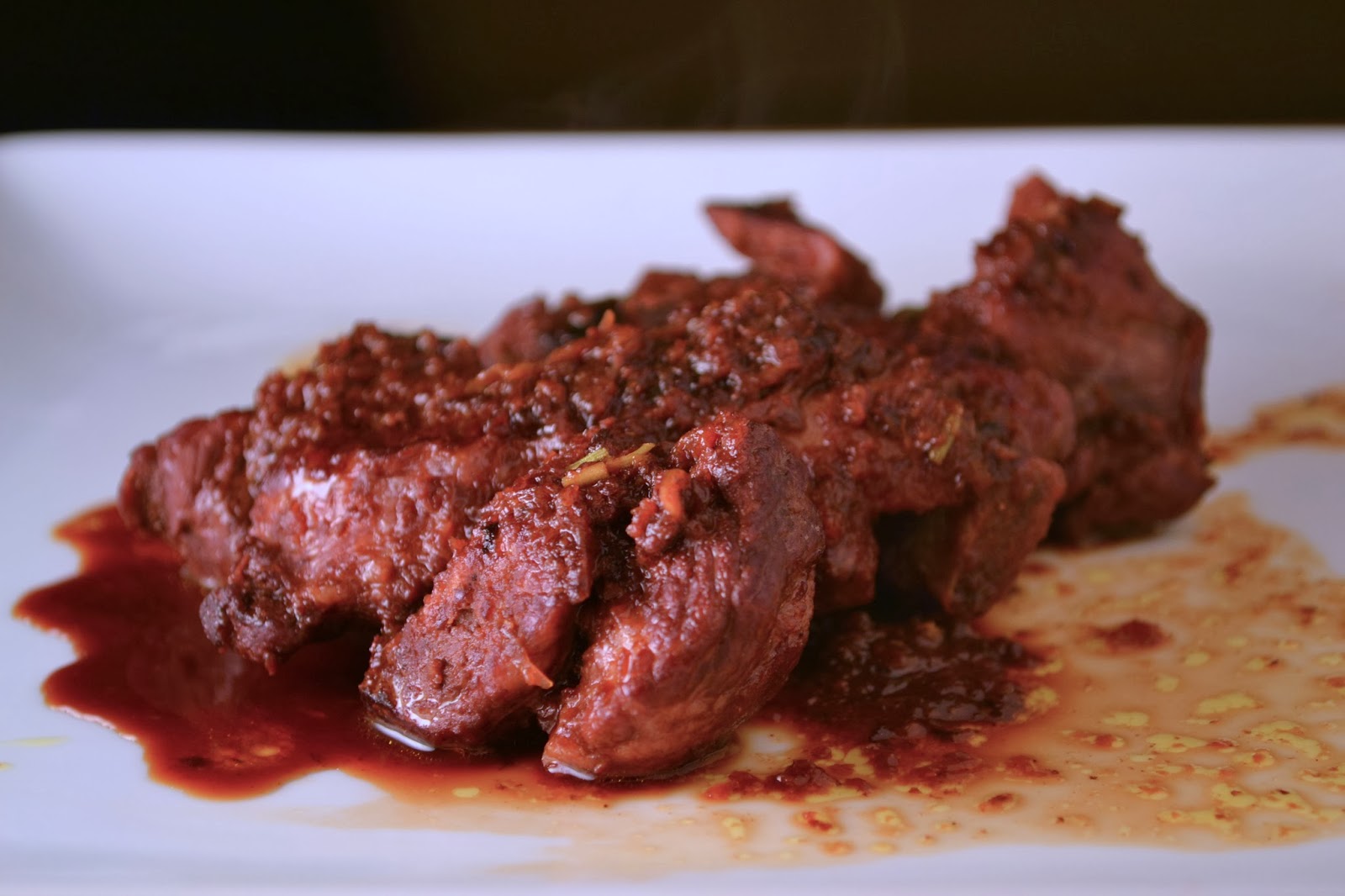