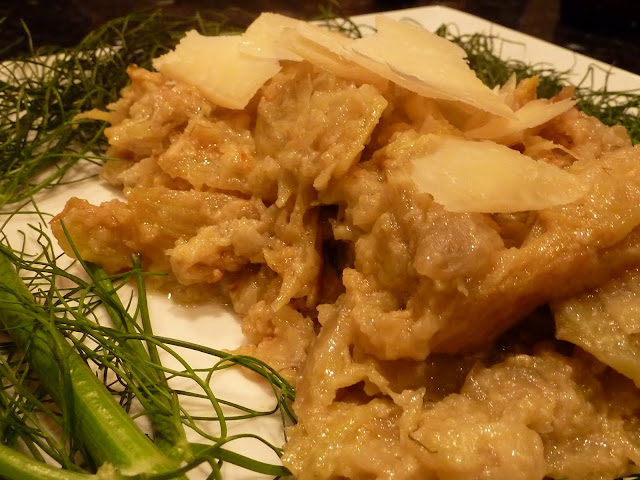 In a medium size pot, heat the oil at low temperature and then add the fennel chunks once the oil is sizzling. Saute for about five minutes, making sure that the fennel doesn't cook too much. Then add the water so that the fennel is almost covered. Top with a lid, leaving a little gap for the steam and let the fennel tenderize for about 40 minutes . Stir the fennel every five to ten minutes. The goal is to make the fennel absorb the water and become tender at the same time. When the fennel has a creamy , soft consistency add the butter and keep on mixing for 5 more minutes. Before serving, add the grated Parmesan cheese and top it with the cheese savings. Serve warm as a side dish with a main course 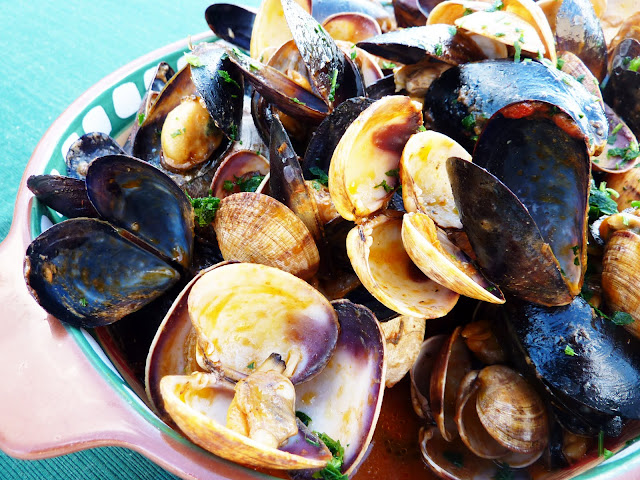 Clams and mussels in tomato broth

Clams and mussels are two very popular shellfish all over the world. There are many ways that they can be prepared. I remember that one of my favorite ways of eating them was a long time ago in Spain in a town called Tossa De Mar, about an hour north of Barcelona. Each individual mussel was covered in a spicy tomato sauce. What kind of patient cook would go through such a preparation for each single mussel? Well, someone who wants make sure you still remember his delicious recipe fifteen years later! In Italy and all over the Mediterranean, clams and mussels are very commonly paired with pasta. Very popular are the linguine with clams in a white wine sauce. Another intriguing and very tasty way to have clams is the clam chowder, a dense, creamy soup very popular in the Northwestern region of United States One of my absolute favorite way of eating clams and mussels, however is very particular to the northern Italian region.  The term used is "cassiopipa" and it indicates 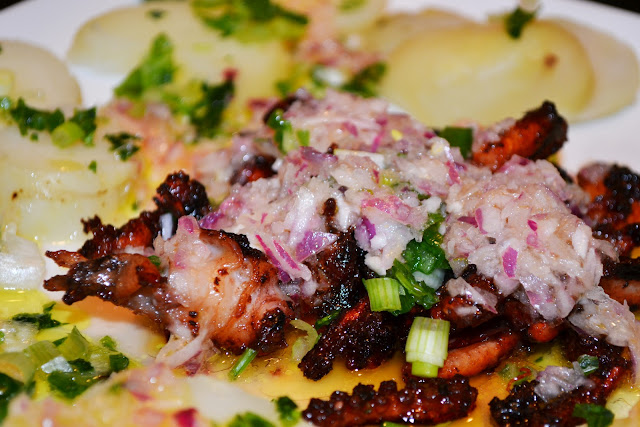 I'm still trying to wrap my mind around the different reasons why Greece left such an indelible memory in my mind. Maybe it was the crystal clear blue water, the beauty of which was lost in the darker blues skies. Or maybe it was the majesty and glory of Greek culture and history. I actually had to stare at the Parthenon for a few minutes to realize that it was the real thing towering in front of me, and not some replica building that most of us encountered around the world. Going out for dinner, however I realized that, like in Spain and Italy, it was the food that glorified and celebrated this wonderful country and its people. You just had to have a big smile after such incredible meals in extremely simple, yet charming restaurants. One thing that I particularly remember were the octopi hanging in perfect symmetry on a clothes line, left to dry, or soak up the flavorful air. And then, right after the foil wrapped feta cheese with rosemary, our first appetizer, which in Gree 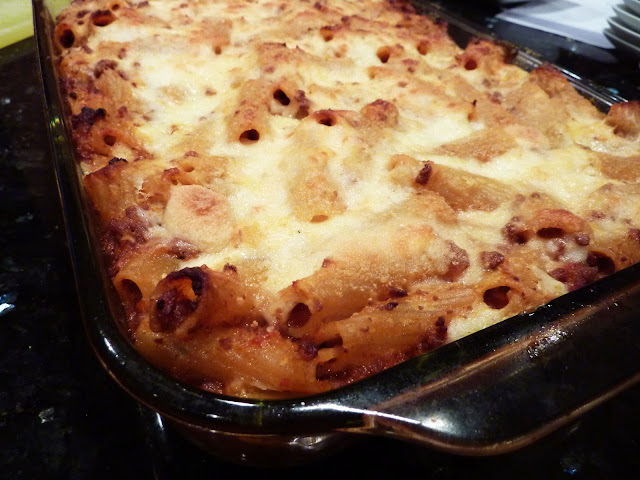 Pasta al forno is the ultimate in rustic comfort food. "Forno" means oven in Italian, so as the name would imply, this is a baked pasta dish. Lasagne is the more common baked pasta, put this variation is absolutely worth making, a definite crowd pleaser. Because it can be made ahead of time, this is the perfect thing to serve when company is coming. If there are any leftovers, they are even better the next day. You need to first make the ragu (meat sauce), then prepare the besciamella and cook the pasta. Then you will be ready to assemble this delight. Ingredients: one batch of classic ragu bolognese (see recipe below) one batch of basic bechamel (besciamella) sauce (see recipe below) 1 pound of dry rigatoni pasta (I prefer Barilla) ground nutmeg butter abundant grated parmiggiano reggiano cheese First prepare the ragu: Ingredients: 4 tbsp extra virgin olive oil 1 onion finely chopped 1 carrot diced 1 celery stick chopped 1 clove garlic minced 4 s